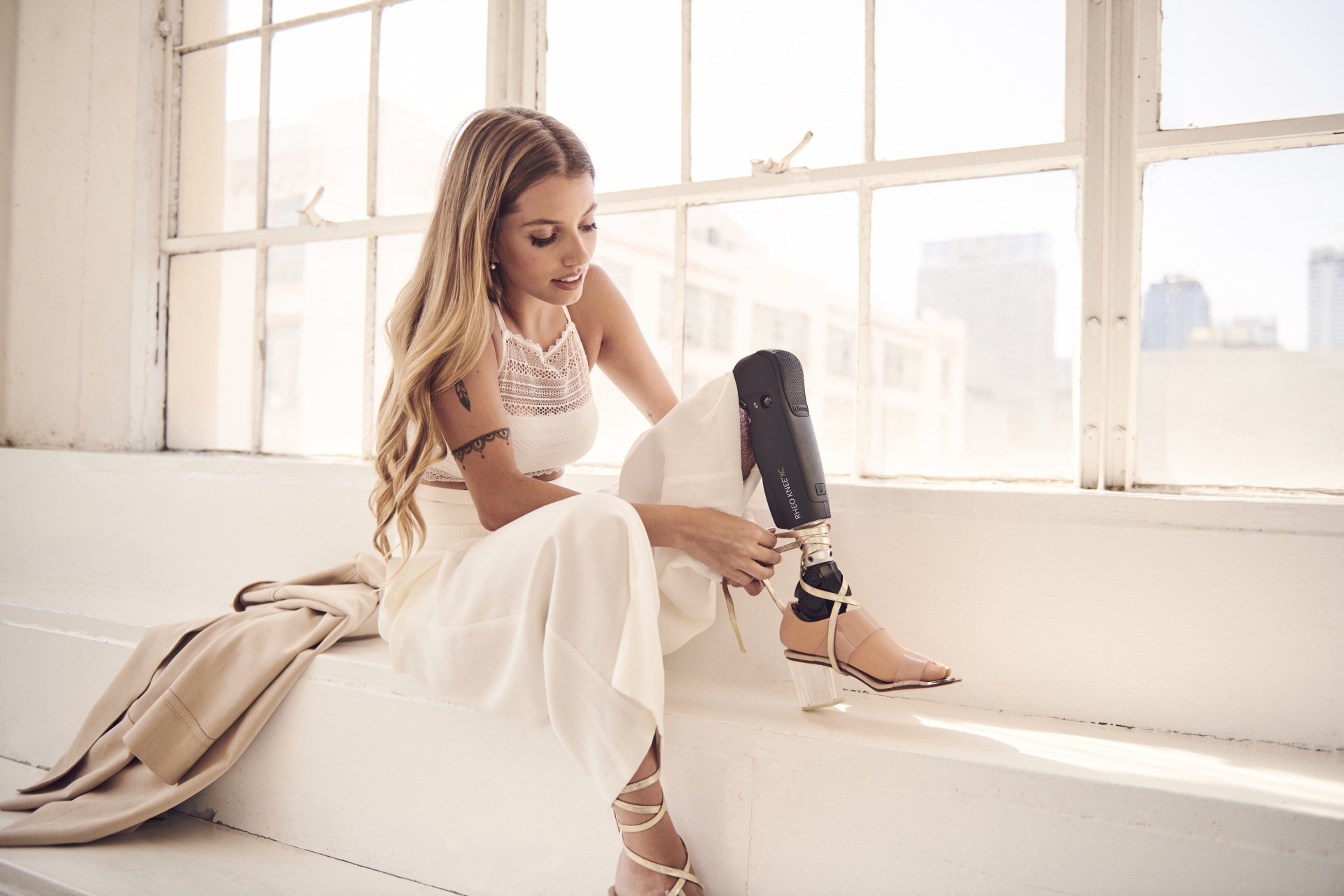 For the distribution of prosthetics, bracing & supports, Össur has a worldwide network with three large distribution centres and several local warehouses. Thanks to Manhattan SCALETM warehouse management system, the employees at these locations now all work in the same way. And a lot more productive.

Over four decades ago, the Icelander Össur Kristinsson decided to design a new prosthesis with a silicone liner for his left leg. This innovation led to founding his own company, which over the years has grown into a global producer and distributor of prosthetics and bracing & supports. Össur has production sites in Iceland, Mexico and China and an extensive distribution network.

The distribution centre in Eindhoven, the Netherlands, plays a crucial role in the network. In a 5,000 square metres building, almost fifty employees process around 800 orders with 2,400 order lines per day. These are mainly orders from hospitals and rehabilitation clinics, but also orders from distributors and warehouses in Europe, Asia and Africa.

In 2012 Össur started the implementation of Manhattan SCALE in the distribution centre in Paulsboro, New Jersey, followed by west coast distribution in 2013 and then two years later followed by the implementation in Eindhoven. Until then, to manage the operation, the company used different versions of the same ERP system, complemented by customised extensions. “We had reached the limits of that system and needed a warehouse management system (WMS) to facilitate further growth,” says Rich Parkyn, Director of Distribution at Össur.

Manhattan’s warehouse management system SCALE™ offered Össur the opportunity to standardise systems and processes. One systematic way to pick, pack and ship, processed identically in each warehouse to maximise efficiency, improve accuracy and enhance customer satisfaction, regardless of the distribution centre where the order is delivered from. Parkyn: “Standardisation also offers other soft benefits. Employees are easily cross-trained through the DC, and employees can be shared at other DC’s with little training required, especially helpful with implementing SCALE in a new facility.

The shortest route
In Eindhoven, the added value of Manhattan’s SCALE solution only really became visible after the move to the current distribution centre in 2016. With the help of the WMS, the processes for picking and packing are much more efficient. For example, SCALE calculates the correct box size per order. The box is then produced entirely mechanically and to SCALE’s specifications “With an average of sixteen small or four large boxes on a trolley, travel time for order pickers is much lower than before. SCALE always finds the shortest route along with the picking locations’ shelf racks”, emphasises Thijs Ras, logistics engineer, who as a key-user was actively involved in the implementation in Eindhoven.
Ras mentions the assembly of about 150 prosthetics per day. “These components are located in two vertical storage systems. Now that SCALE controls these systems, productivity has increased substantially.” 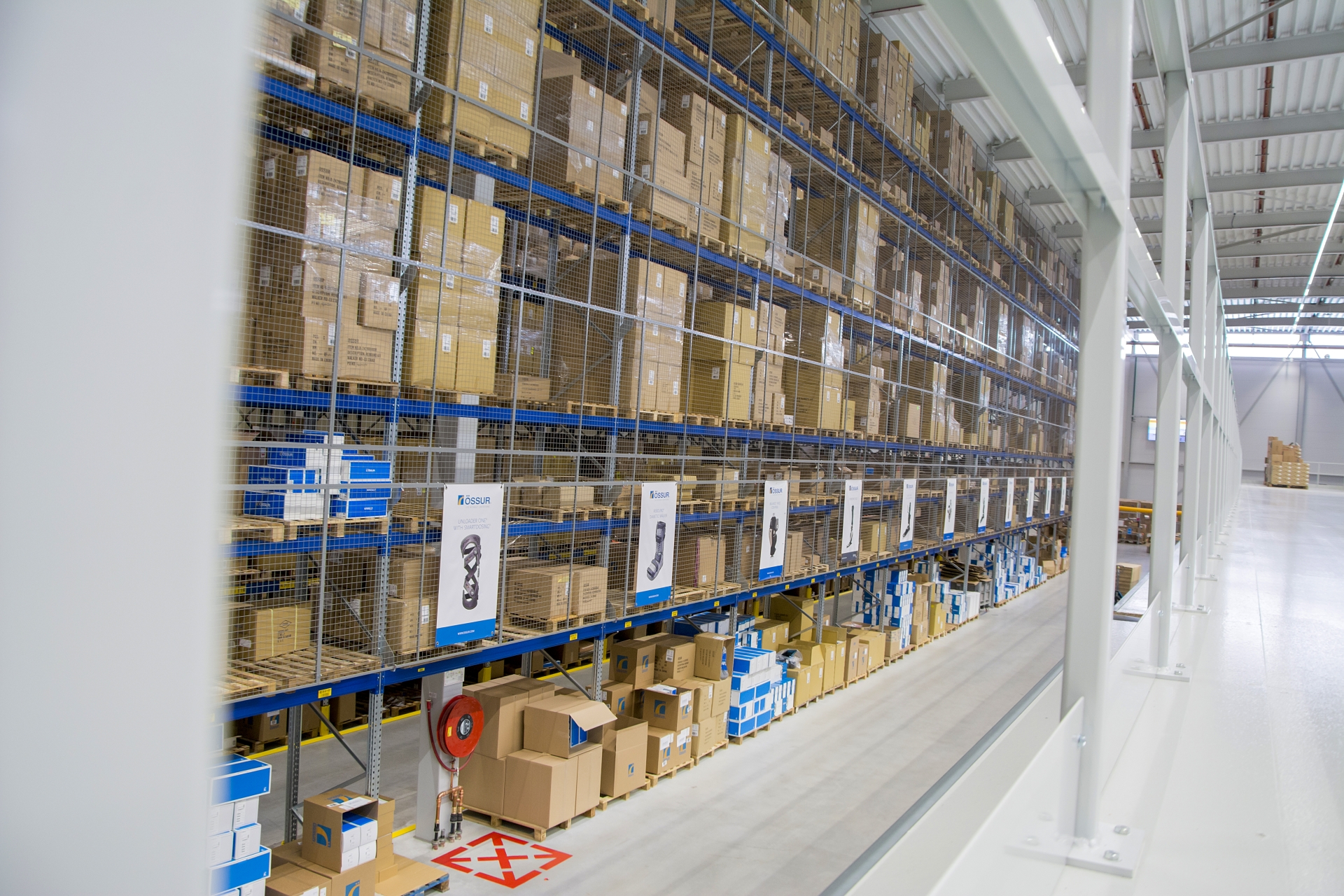 SCALE offers more advantages. Thanks to the registration of serial numbers, Össur can track and trace all prosthetics individually. The additional scanning of all picked items in the packing/ shipping area is no longer necessary. Parkyn: “Because we now pick the orders directly into the shipping box, productivity has increased by 15 to 20 percent. Not only in Eindhoven but also in the other distribution centres. Gone are the days that we struggled to fulfil all orders on time.” A compelling and essential reason for choosing Manhattan’s WMS back in 2012 was the trust and confidence in the support and expertise that Manhattan could provide during the implementation. Parkyn is still satisfied with this support. “Manhattan’s skills and knowledge of distribution processes is extensive. If any issues occur, they are solved immediately.”

Strong community
In addition to the three major distribution centres, Össur now wants to implement the WMS in the main local warehouses. In doing so, the company benefits from their people’s existing knowledge and experience in the distribution centres who already use SCALE. “We have done the same with previous implementations. Our colleagues in the local warehouses probably face the same challenges as we do. More than anyone else, we know the processes and are fully equipped to familiarise colleagues with the system,” says Ras. This approach has made the employees in Össur’s global distribution network a strong community. People got to know each other, making it easier for them to communicate and work together. They now pick up the phone faster when they have a question about the WMS. Parkyn: “Thanks to the implementation of SCALE, we are now one solid collaborative team, regardless of the location where we work.”

"Gone are the days of struggling to meet our daily fulfilment orders cut-off time."
Rich Parkyn, Director of Distribution, Össur

Welcome in the new world of WMS